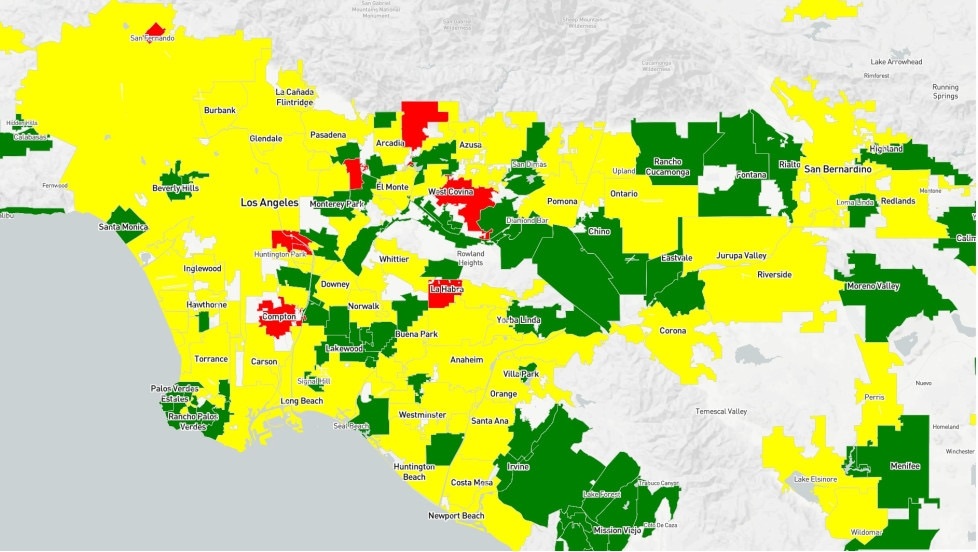 Here in California, we know a lot about taxes. It feels like everywhere we turn, we are paying taxes: Sales taxes, payroll taxes, property taxes, gasoline taxes....the list goes on and the amounts for each continue to grow. As a taxpayer, when was the last time you analyzed WHERE ARE YOU TAX DOLLARS GOING? WHAT PROJECTS ARE THEY FUNDING?

It seems no how much we pay in taxes, we still find our state in the same position it was 10 years ago: BROKE!

The biggest problem is policy and policy makers who passed popular budgets that would eventually create perfect storm that will eventually get out of control. As the country continues to flourish and thrive, for many, California seems to be stuck in 2nd gear, unable to make the prosperous shift towards rebuilding the once popular sunshine state known as the land of movie stars, cheese and cuckoo clocks.

For the last couple years, I have been looking at different government liabilities because tax dollars collected from my paycheck go towards paying these various obligations we have. The most disturbing one, impacting our state economy smacked me right in the face, glaringly obvious as what will be the catalyst for our next recession: underfunded pension liabilities.

Let me take a step back and define a pension liability. Think of California as a business. In the liability section of their governmental balance sheet, there is a debt to be paid for retiring pensioners. A pension is a type of a retirement vehicle that provides monthly income for retirees, more specifically, those individuals who have worked in federal, state and local governments. A percentage of each paycheck is taken out by the employer from the employee's paycheck and they match that amount. The accumulation of this amount, is a "pension" which provides steady income for the retiree once they leave the government system. The biggest pension retirement systems on California are CalPERS and CalSTRS. If you know anyone who works for the California government, puts into one of these two pension systems.

So the retiree is putting in money from their paycheck, dreaming of a comfortable living when that retirement age hits. What about their government employer? This is where the news is not just bad but catastrophic.

California isn't just broke. The state is in a black hole position. As off 2017, based on released pension data, California has an underfunded pension liability of over $1.05 trillion and the liability is continuing to grow.

How did this happen? As I mentioned above, policy makers who remained short-sighted instead of focusing on the long-term effects is one side to the problem. The other side is a change in migration, both coming and going. The state government, like any other business, has a budget. A budget allows a business to plan how they are going to spend their money based on the income they anticipate they are going to receive. As more and more individuals enter the state who do not pay into the tax system, the budget becomes more and more distorted. Coupled with more people leaving the state who actually pay into the system, this leaves a wide open chasm that many in our government couldn't anticipate would happen. Instead of tightening the budget properly, different parts of the state government has borrowed money from various special and restricted funds to pay for liabilities. One of those liabilities relates to pensioners who are retiring each and every year. The end result? More and more debt!

As evidenced in the photo below, from the California Auditor's office, in southern California alone, we have 7 cities that are highlighted red. Cities in the red report the highest level of underfunded pension liabilities and thus, are the most likely to default on their obligations. Another 2 dozen cities are highlighted yellow, reporting moderate risk of default. With more than 4.6 million Californians belonging to one of the aforementioned pension systems, the impact will be large and deep.

BOTTOM LINE IS HIGHER TAXES FOR EVERYONE. When a city defaults on their obligation, the state must support the local obligation and help pay the debt. This means less money allocated to other cities. The typical answer is to raise taxes on the citizens. As a Californian, born and raised, I am tired of being and seeing people taxed to death and not having a say as to where my hard earned tax dollars are going. I anticipate more and more hardworking Americans leaving the sunshine state in search of economic stability and fiscal responsibility from our elected policy makers.

California needs to get its act together, plain and simple. Gone are the days of excess and irresponsible policy making. We as the taxpayers have every right to know WHERE ARE OUR TAX DOLLARS GOING?